What is Vapers Tongue? How to Get Rid of It? 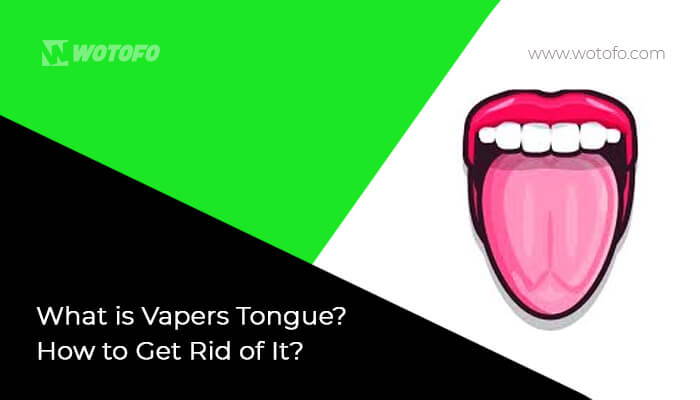 In the world of vaping, vaper’s tongue is a name that can be somewhat a misnomer among different things such as vape smoke and steeping vape flavor. Some vapers mistakenly think it’s their taste buds that are solely responsible for that cake that they have eaten for breakfast.

Nevertheless, the olfactory system and the nerve cells in the nose play a central role when it comes to tasting flavors. If you’re a lover of biochemistry, then you need to combine the gustatory system (taste buds) with the olfactory system (nose) to get the chemosensory system that goes through the transduction process. This implies that the ability to taste emanates from the brain which interprets various signals from nerve cells in the mouth, throat, and nose.

Through the transduction process, the brain can perceive the kind of vape flavor you’re consuming. If you’ve attempted feeding while your nose is closed, you might have noticed your food tastes dull. The coolest of all is that researchers have discovered that the brain can solely determine the taste of food without even putting it in the mouth. Besides food, we need to know what vaper’s tongue is, and how we can fix it.

What is Vapers Tongue?

Also referred to as vaping flavor exhaustion or vaper’s fatigue, vaper’s tongue is a condition where the vaper loses or lacks the ability of tasting vape flavor. Vapers would experience either reduced or entirely diminished flavors.

Vaper’s fatigue is caused by a condition referred to as olfactory fatigue – the vaper becomes immune to a particular flavor after being exposed for a long time. It is usually an anticipated experience which at times causes panic to newbies who have just acquired their starter kit. For professional vapers, vaper’s tongue is actually a nearly ubiquitous experience.

For instance, if you have been sub-ohm vaping continuously for some months, there is a chance you have experienced vaper’s tongue. A simple analogy to explain this experience can be that friend of yours whose house is always a certain small but they (your friend) don’t notice it. What they are experiencing is similar to vapers who have been taking the same vape flavor for some time.

Some users complain of not tasting any flavor from their vape flavor or some weird feeling on their tongues – as if some thick layer has formed a coating on it. But there shouldn’t be panicking about that as vaper’s tongue is just a temporary condition. There is no need to fret even in case you’re experiencing a loss of taste of your vape flavor. Understanding its cause and ways of fixing it can help you prevent such experiences in the future.

ALSO READ: What is MTL Vaping

There’re a couple of reasons why vapers notice the change, diminished, or complete loss of taste in their vape flavors. Going back to the smell analogy and how it affects tasting in vape flavors, we can liken this condition to the concept where smokers wouldn’t smell cigarette smoke on their clothes.

After a repeated stimulation of a particular smell/feeling/taste in the brain, the receptors will adapt to this kind of stimulus and reduce their intensity of reception. Scientists have speculated the brain adopts sensory adaptation for survival reasons.

For instance, the sense of smell is needed to evade dangerous stimuli like bad food, smoke, and all kinds of changes in smell in the surrounding. if the brain concludes there is no harm with the smell, humans naturally stop detecting the smell and minimize redundant information. more interesting, it’s been found that exercising extreme caution of some particular smells makes our noses even more sensitive, allowing us to adapt slowly to horrible smells.

you already know what will happen after feeding on the same food for a couple of days. Perhaps you will completely lose the taste for that particular meal. The same applies to vaping on the same vape flavor for too long. If you finally find that particular flavor that your throat loves most, and you vape it exclusively every day, all shall be well until that one day you won’t taste it anymore! This is probably the commonest cause of vaper’s fatigue. It’s wise to take a break from that specific flavor that hits you the best to allow healing of your taste buds.

it’s indeed a common cause of vaper’s fatigue. Some vapers don’t fail to understand the significance of being well hydrated each time they are vaping; they easily become dehydrated without their knowledge. You can get rid of this condition by simply drinking plenty of water, or taking a hydration aid beverage such as Powerade.

it’s a condition attributed to a reduced sense of taste/smell. Up to 15 percent of adults suffer from this kind of impairment at some point which develops after an illness or injury. Some of the taste illnesses include Hypogeusia which is a slight loss of taste, Dysgeusia which involves change or distortion in smell/taste, and Ageusia which is a total loss of taste but it’s a rare condition. These disorders may be caused by medical procedures like chemotherapy, zinc deficiency, or even side effects of certain medications.

it’s been developed through scientific studies that an average person is born with 10000 taste buds. All people can identify the five basic tastes – sweet, bitter, sour, salty, and umami. Suffering from damaged taste buds causes you to have a temporary loss of taste. But nothing to worry about as taste buds regenerate after a week or two. Possible causes of damaged taste buds are smoking, burns, infections, eating too much spicy foods, alcohol, et al. A dehydrated mouth will discourage flavors from reaching the taste buds.

sickness can diminish your taste sensation. Some of the illnesses that are known to interfere with your taste of vape flavor include stuffy nose, strep throat, respiratory diseases, dental infections like gum diseases, tooth loss, etc.

if the vape flavor tastes differently, it might not be a vaper’s tongue scenario, it may be a result of other causes like:

How to Fix Vaper’s Tongue 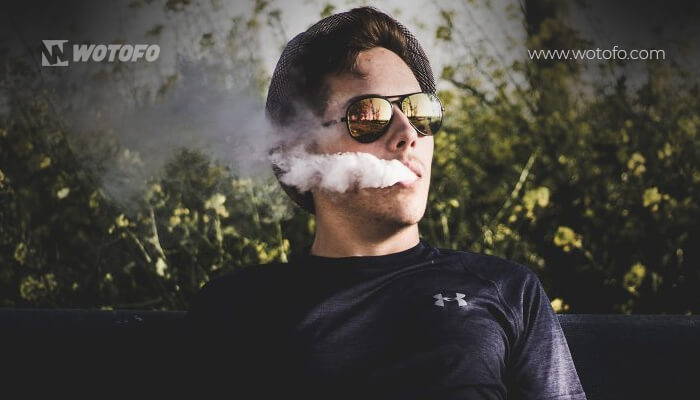 Now that you’ve known what could be causing vaper’s tongue if you’re experiencing it, you might be worried about how to treat it. Unfortunately, there’s no medication for it. It only requires you to understand it’s a temporary condition that only requires simple remedies to fix.

How to Deal with Persistent Vaper’s Tongue 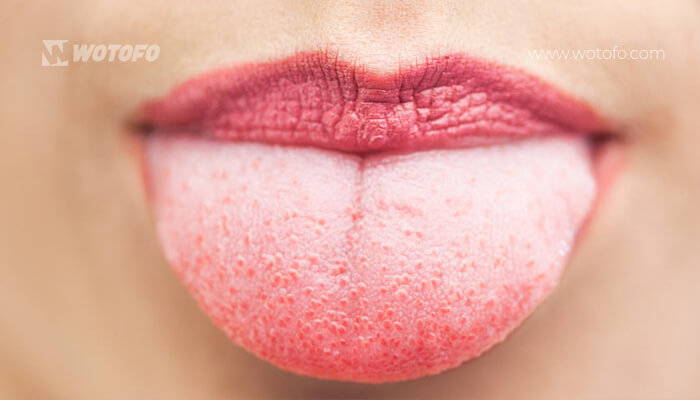 You’ve been following all the above-mentioned steps and remedies to cure your vaper’s tongue but your condition is persistent, there is no room for worry as this could be a result of some underlying factors like depression, anxiety, or some illness. All you need is to visit the doctor or dentist to prescribe the proper medication.

Don’t panic about your health or the device you’re vaping on if you find that you’re getting a different flavor or you aren’t getting any taste from your vape flavor. Most likely it’s caused by vaper's fatigue which is an extremely common condition that is experienced by vapers all over the world. After you’ve understood what causes vaper’s fatigue and their corresponding ways of preventing and curing it, hopefully, that will help you. If the symptoms persist after taking the relevant measures, consider visiting the doctor to seek assistance.