What are Nicotine Salts? A Guide to Salt E-Juice Vaping 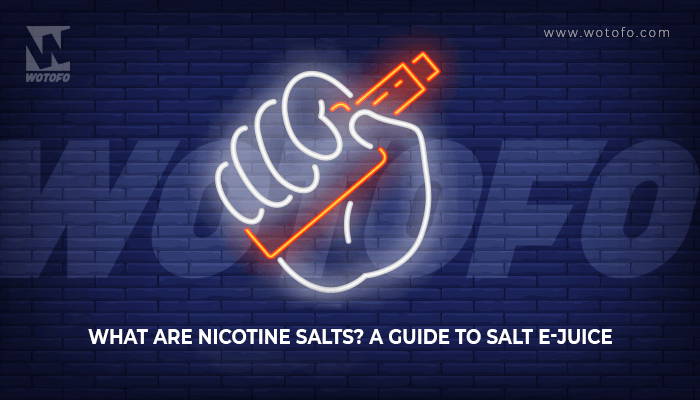 What is a Nicotine Salt?

Lately, everyone in town has been talking about nic salt e-liquids which are more satisfying than the traditional vape juices.

These products have a smooth taste and allow vapers to consume higher nicotine concentrations than they would in the regular and popular e-liquids. Also, it’s easy to consume less juice with maximum satisfaction, hence its cost-effectiveness, and giving a bang for your dollar.

Nicotine salt is the natural state of nicotine toxin as it occurs in tobacco leaves. The strange part of this compound is that it vaporizes at extreme temperatures and its ions are not absorbed easily by body receptors.

Overall, it isn’t an effective method of delivering nicotine to the human body when comparing it to de-protonated freebase nicotine.

Manufacturers have discovered a new method of using 50 mg nicotine tolerant and converting it into a form that’s more bioavailable compared to conventional e-liquids.

Benzoic acid – which serves two purposes – is the magic ingredient that assists in the processing of this compound: assist to reduce the temperature at which vaporization of nicotine salts occurs and reduces the pH level of the chemical resulting in a smoother throat hit feel and increases the absorbability of nicotine salts as freebase nicotine.

The conversion makes vaping of high amounts of nicotine (about 50 mg/mL) comfortable and allows for easy absorption of nicotine salts in the body of the consumer.

Difference Between Nic Salts and Freebase

From a perspective of vaping activity, the difference between nicotine salts and freebase nicotine is only their unique effect on vaping experience.

A more noticeable difference between the two is the level of harshness that results from the level of nicotine in vape juice.

For instance, freebase nicotine which has a higher pH level has a more harsh effect due to a high level of alkalinity. Nicotine salts have a lower pH level hence lower alkalinity due to its treatment with benzoic acid causing a smoother feeling on the throat.

The difference is felt well when one switches from the freebase nicotine mix to nicotine salts as the latter isn’t harsh on the throat as the former.

Some vapers argue that nicotine salts give taste similar to smoking. This isn’t interesting as many products contain close to 60 mg/mL of nicotine concentration.

The more the amount for nicotine in a puff, the more satisfying the experience for both smokers and ex-smokers.

Which Device is Used to Vape Nicotine Salts?

While vaping nicotine salts, it is recommended to avoid using high-powered devices as nicotine salts require low-wattage devices since high levels of nicotine are absorbed.

The devices can be of low profile but sleek where the majority of them are autofire implying that the vaper only gets vapor through inhalation.

CHECK OUT OUR NEW VAPE DEVICES

Like nearly all sorts of technologies, trends, or hobbies, vaping too has a history and roots. Vaping has come to a long journey since the times of using typical gas station cig-a-likes as well as vape pens that fed vapers with PG-concentrated e-juices.

Notwithstanding, larger doesn’t always mean better; the majority of vapers love the experience, flavor, and blowing clouds with high VG e-liquid from a sub-ohm tank.

But for those only interested in consuming the nicotine part, using the ultra-high VG-centered e-juices is kind of like possessing a Bugatti – though flashy for everyone, it’s only practical for a few.

Virtually, everyone who begins vaping does it in a bid to quit smoking. But graduating to a higher league of using 100-W devices and tanks of 5 mL is not a necessity but a mere choice.

More disgusting, it implies that vapers who prefer smaller, inexpensive, and even discreet vaporizers have no option other than to settle for an ordinary vape pen that’s unpalatable overall – or part will tons of dollars and purchase a tiny supercomputer.

Nicotine salts, fortunately, appear to be a charming solution – it’s the bona fide penicillin that can treat some ailing vapers. At its core, these vape additives comprise the exact nicotine contained in the naturally grown tobacco plant (leaves).

Including this form of nicotine in vape juices, it should be vaped at extreme temperatures for it to be effective.

Before laying them side by side, we need to know some of the pros and cons associated with nicotine salts.

A Higher Level of Satisfaction

The majority of vapers who use traditional liquids for their very first time usually discover that they missed the same “punchy hit” feeling on their throat.

This is because the conventional liquids cannot satisfactorily meet their nicotine cravings.

A large turn-off for some “wanna-be” vapers is that traditional e-juices are too wild, and the nicotine ingredient in this mix is to blame.

That’s why anesthetics such as menthol and eugenol are used by most cigarette makers in order to conceal the rigorousness of nicotine.

But vape juices lack this property, so the smooth feeling nicotine salts have in e-juices brings the contrast.

Has Little Effect on the Flavor

Vapers who take zero-nicotine e-juices can clearly feel the difference in flavoring in spite of smoking the exact product.

The reason behind this is that freebase nicotine influences the overall flavor of the liquid.

Let's tell the truth – a good sub-ohm tank is substantially costlier than a small vape pen, and other premium e-juices that are used in hand with vape pens.

If all vaper requires is a cheap as well as cautious vaping feeling by consuming the correct nicotine level, thus nic salts are the best option.

Due to the high levels of nicotine and effective absorption, the amount of e-juice consumed should not be much.

There is less production of vapor required and it becomes an advantage for vapers searching for more low profile devices that can function better to achieve the right nicotine satisfaction.

It’s Too Much for Some Nicotine Consumers

Whereas some nicotine users, especially heavy smokers consume high amounts of nicotine, the lighter ones consume nicotine in the range of 3 mg to 12 mg.

This, also, appears to be the hit (sweet spot) for the majority of sub-ohm tanks.

Consequently, vapers can consume comfy, high-level VG e-liquids put in their sub-ohm device and absolutely experience the content feeling they get.

These salts tend to be limiting as vapers are only limited to focus on vape pens and pods.

Also, conventional sub-ohm devices only permit for almost endless tank combinations where each pair allows for their own peculiar generation of both cloud and favor feelings.

‘Fashion over function’ is a better method to characterize freebase e-juices when comparing them to nic salts.

Definitely, when one requires a strong nicotine dose that gives the same feeling as smoking, then nic salts are recommended.

Since nicotine salts have typically high levels of nicotine, this question is sensible: Are nic salts addictive?

The main reason why smoking is really addictive is that nicotine is delivered to the brain at a fast rate.

There’s been debate about whether nicotine is delivered rapidly in nicotine salts in comparison with freebase nicotine – but this matter has not been researched.

According to Jacques Le Houezec, a nicotine specialist, pharmacologist, and neuroscientist, the difference between nicotine salt and freebase nicotine is experienced when vaping where the vaper consumes a high amount of nicotine in every puff as it has reduced harshness.

The probability of consuming large amounts of nicotine is high resulting in potential dependence but not because it is particularly nicotine salts.

Are Nicotine Salts Safe to Vape?

An ordinary e-liquid or an own made e-juice differs from a nicotine salt e-juice by the fact that benzoic acid is added to nic salts, implying that they are no less or more safe than the freebase nicotine-based e-juices.

According to the WHO’s program on the safety of the chemical, the consumption of more than 5 mg/kg of human body weight per day is harmful to your health.

This implies that an average person – 150 pounds (68 kg) – the individual should not surpass 345 mg of nicotine per day – which is probably not possible to vape this amount in a day.

What is the Right Nicotine Strength to Buy? 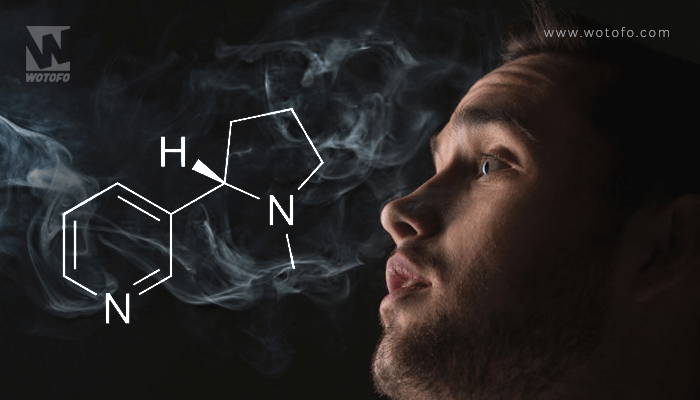 Typically, the majority of nicotine salts contain about 25 mg to 50 mg of nicotine in strength.

For beginners of nic salts, it is recommended they start with strengths ranging from 20 mg to 35 mg unless they are shifting from smoking.

People who prefer vaping low strengths of nicotine while producing good vapor, some companies are committed to producing nic salts in as low strengths as 3 mg to 5 mg per milliliter:

considered as the highest nicotine concentration in vape juices and recommended for individuals switching from smoking. It is best suited for low-powered MTL vaping devices.

Nic salts are popular for their instant delivery of nicotine that assists vapers to effectively satisfy their craving. They cause a comfortable throat hit and consumers do not necessarily need to vape large amounts to get the best feeling. Arguably, nic salts make vaping a lovable experience.

Wotofo started its business with the growth of worldwide awareness of vaping culture. As a leading manufacturer of vape products, Wotofo has built its leading role in reconstructible devices, producing a few of today's top vaping kits and Accessories. For more details contact today.