How Long Does Nicotine Stay in Your System from Vaping? 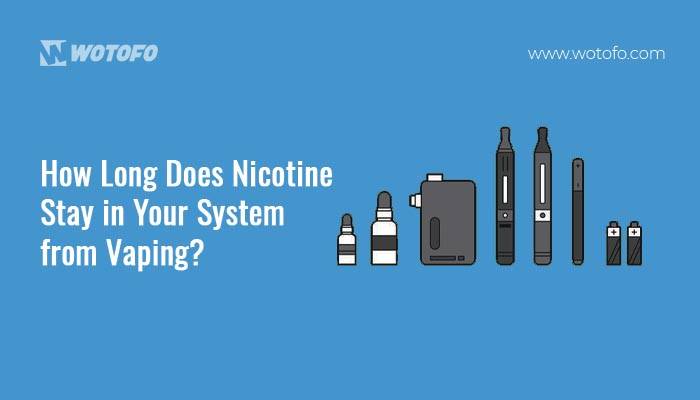 The majority of people, some vapers included, aren’t aware of how much time nicotine stays in human bodies before being fully flushed out. Consequently, they are much interested in knowing how long the addictive substance remains in their system. What if they are to be subjected to nicotine testing in their places of work; if it turns out to be positive they might lose their job! Or maybe as a condition of occupation to determine their state of health for insurance cover.

That’s how serious the matter can be. As unfair as it sounds, most employers and insurance firms do not have to differentiate between cigarette users and consumers of nicotine in other safer forms, such as vaping or smokeless tobacco methods. Even when you’ve been consuming nicotine in the form of nicotine gum – which has been approved safe for long-term consumption by food and drug authorities, this is as well treated as a potential health risk and can lead to costlier insurance prices.

Insurance firms treat nicotine presence as a reliable sign that the person is an active tobacco user if not an NRT (nicotine replacement therapy) product user that often implies an ex-smoker (and a person who is susceptible to returning to the smoking habit, as over 90% of NRT product users usually do).

Before getting into the subject of the matter, we need to understand what nicotine is. It’s simply the addictive substance in cigarettes, vape flavors, and other tobacco products. When you smoke a cigarette or take vape a nicotine-saturated vape flavor, your body will absorb nearly 90 percent of the nicotine.

Nicotine elements will still be present in your bloodstream after you no longer feel their impact. Arguably, vaping is a relatively recent method of nicotine ingestion hence its safety and long-term impacts on the human body are yet to be properly established. It was until recently when several health authorities across the globe began investigating the outbreak of certain lung infections related to the use of e-cigs and other vaping products.

After consuming tobacco or its products, nicotine is retained into your bloodstream for some time even after you’ve quitted using it. Medical tests on your urine, blood, saliva, hair follicles, or nails will show traces of nicotine present in your body.

How Long Does Nicotine Stay in Your System?

The substance is in turn excreted from your body systems through the kidneys in form of urine. Interestingly, cotinine can still be diagnosed in your body even after three months of ingesting nicotine into your bloodstream. Nevertheless, how long cotinine, nicotine for that matter, depends on the way/method and how often you ingest it. For instance, if you consume nicotine – In cigarette, vape flavor, or in whatever form – infrequently, a test on your urine will show traces of cotinine even on the third to fourth day from ingestion.

If you usually have regular exposure to nicotine, this “chemical” can stay in your body for up to three weeks from your last day of exposure. For a test on your urine to turn positive, it will depend upon when the urine sample was presented relative to the last time you’re exposed to nicotine. If you are an active consumer of nicotine, the test may turn positive at approximately 1000 ng/mL. Nevertheless, different test labs may have varied positivity ranges, so it is always important to discuss your results with your examiner – doctor in that case.

Now, how long will nicotine elements be present in your bloodstream? And the answer is simple; one to three days. On the other hand, a cotinine test can be positive up to the tenth day from the last nicotine exposure. Nicotine tests can be conducted using both qualitative and quantitative means that detect nicotine, cotinine, and anabasine – a breakdown product of nicotine. Sometimes we experience false positives from nicotine testing, particularly from blood testing. This’s is often due to the presence of thiocyanate – a compound commonly found in foodstuffs such as cabbage and broccoli, and sometimes in various medications.

In other body fluids such as saliva, nicotine can take around four days to get completely flushed from the. Interestingly, nicotine elements can generally be present in your hair follicles approximately three months from your last exposure. And depending upon the kind of hair test conducted, a nicotine test can turn to be positive even a year after your previous exposure. Nevertheless, although nicotine testing can be tested using the hair follicle test, the commonest tests are conducted on urine, saliva, and blood as the hair test is a bit costlier.

Whereas there’re test methods to detect nicotine in the body, it is a bit difficult to diagnose nicotine in human blood three days after the previous exposure, or in the urine four days after consumption. This is the reason the majority of employers and insurance firms aren’t concerned with how much time nicotine remains in the body. Instead, they go for a metabolite of nicotine, particularly cotinine.

Nevertheless, how long cotinine stays in your body may depend upon your gender, ethnic background, type of medication administered previously, and diet among others. For instance, in terms of gender, men often maintain higher levels of cotinine compared with women. With the advancement of science and technology, advice on cut-points (the degree above which someone being subjected to nicotine testing is regarded positive for nicotine consumption) has been altered. Below are the proven testing methods:

Compared with saliva and blood serum, urine contains a larger amount of cotinine – approximately more than six times – and this makes it an ideal option for testing a low concentration of nicotine. Moreover, the test is simple and less expensive. It all involves soaking a test strip into a sample of urine for some minutes. Ultimately, either a positive or negative result is given. 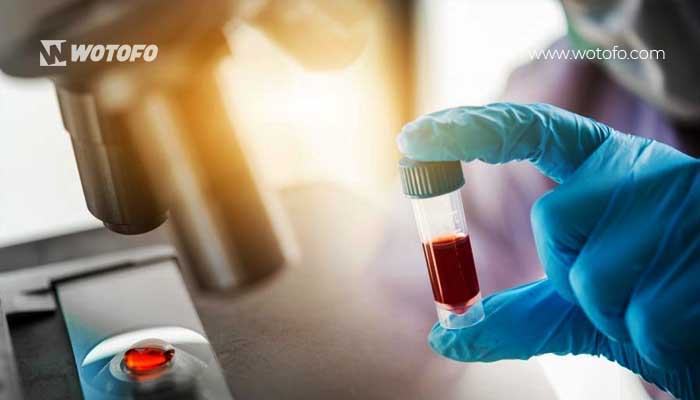 Blood testing is an accurate method of testing the presence of nicotine in your body. It’s capable of detecting both nicotine and cotinine. Unfortunately, it is one of the most expensive methods making it a less frequently used technique compared with other testing approaches. Ordinary, piercing an injection and drawing blood from a test subject requires some expertise and training, and most importantly a visit to a laboratory.

This whole process makes the entire method a bit cumbersome and in turn expensive for the employer and employee. In nicotine blood testing, two kinds of testing are used: a simpler one that indicates whether the test is positive or negative and a complex one that indicates the degree/level/amount of nicotine and cotinine present.

Due to its high degree of sensitivity, nicotine saliva testing is becoming the commonest testing technique and a handsome number of labs and insurance firms are switching to it. The degrees of cotinine that this test can detect are approximately a third as high as the one tested in blood serum and close to a fifteenth than in urine. The biggest advantage of this kind of test is it’s easy to accomplish. To test the presence of cotinine, employers usually use kits generated by 3rd party laboratories. Often, swabs are taken from the subject’s mouth, inserted into a self-sealing container, and shipped to a testing lab. The employer or the insurance company gets the results via telephone or online. Saliva testing is far cheaper and less time-consuming than sending every individual employee to the lab to get blood serums extracted from them. 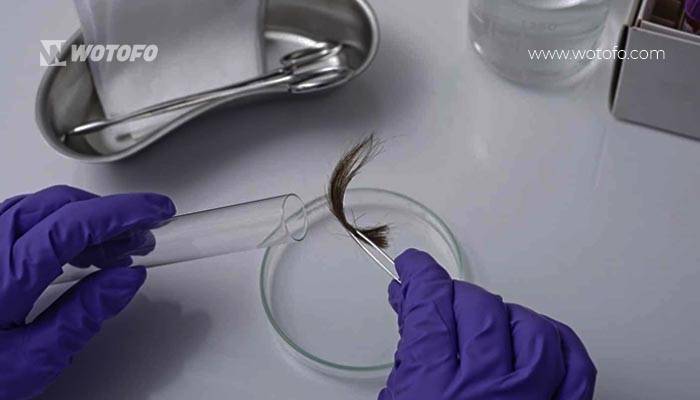 Testing the presence of cotinine from samples of hair follicles is an equally reliable and complicated process, a slow as well as expensive procedure. Hair testing is the preferred option where the results of the abovementioned tests are losing clarity or are in doubt. It is often applied in scientific studies. The efficacy of the whole procedure is that cotinine can be retained in hair samples for as long as three months.

The Concept of Half-Life

Two hours after smoking, vaping, or whatever kind of nicotine ingestion you use, your body will have eliminated close to half of it, implying that its half-life is around 2 hours. Its short half-life implies that nicotine has short-term effects that vanish quickly, so users feel like they want moreover a short time. Upon infusion into the bloodstream, nicotine is broken down into over twenty substances such as cotinine, anabasine, nornicotine, et al.

These products are eventually excreted from the body as urine. Studies show that it takes more than two weeks for the blood of someone who has consumed tobacco to reach the same level of cotinine as another person who is a non-user. At the same time, it takes several more weeks for cotinine levels in the urine to become low. The more someone consumes tobacco and the higher their frequency of nicotine consumption, the longer nicotine will take to leave their body.

Nevertheless, the exact time length taken for nicotine to completely clear from the bloodstream differs from one person to another: 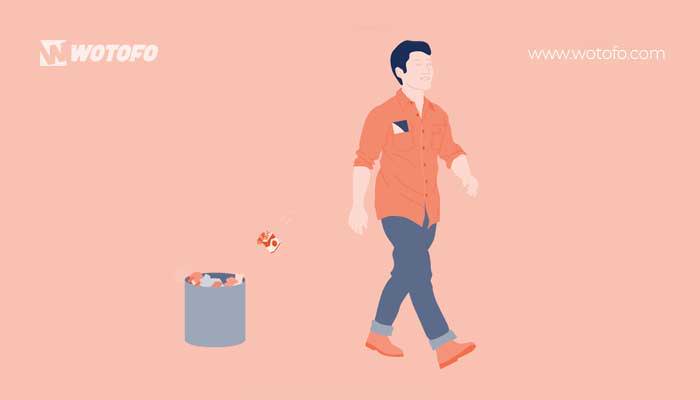 The ferocity, as well as the timescale of withdrawal signs, may vary, depending on the amount of nicotine an individual has consumed. For instance, it’s been found that smokers who consume five or fewer cigarettes per day may not experience severe physical symptoms as their bodies aren’t much dependent on the nicotine substance. Nonetheless, they may still experience emotional connections – craving- to smoking. In the first few days to a couple of weeks after quitting nicotine consumption, withdrawal symptoms are at their worst.

Actually, users experience the hardest time during the first week, and these symptoms gradually weaken as time goes by. Some of the physical and physiological nicotine withdrawal symptoms include anxiety and stress, irritation, depression, insomnia, restlessness, polyphagia, focusing difficulty, et al. Even when all the physical symptoms have vanished, and all nicotine in the bloodstream has left the body, smokers or vapers may still experience the psychological urge to ingest more. Usually, this is often because the individuals are used to smoking or vaping habits. The desire to ingest nicotine worsens when you encounter triggering situations or occasions.

For example, when you’re stressed, on a vacation with friends who smoke, and when an active smoker exposes you to secondary smoke among others. With time, these triggering situations become lesser and less powerful.

Do Insurance Companies Test For Nicotine? 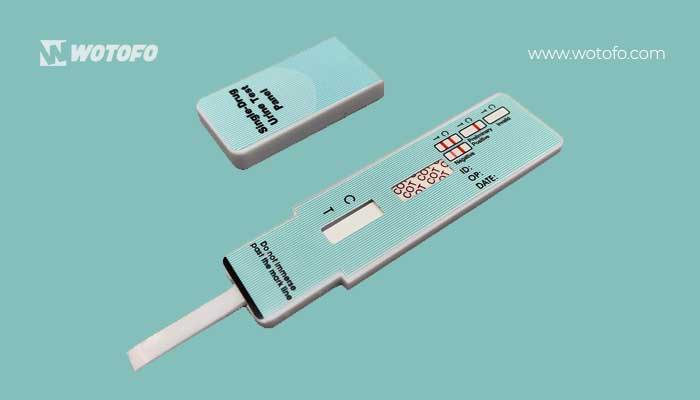 Some insurance firms often conduct nicotine examinations on health insurance clients, while others examine for life assurance reasons. Most recently, several companies are altering their policies and allowing their clients to vape or consume smokeless tobacco while still being eligible to hold non-smokers’ rates. Interestingly, some firms are allowing cigar smokers to do their stuff without raising any rate.

If you are shopping around or looking for life insurance, be fair to your health and look for the one that embraces reduced-risk nicotine consumption. In eth coming days, we are hoping that both the employers and insurance firms will consider the difference that exists in risk between the consumption of nicotine through cigarette smoking and other safer methods like vaping, and stop “victimizing” vapers as well as snus users.

Meantime, if you’re to be subjected to nicotine examination in your workplace for occupational or health insurance purposes, your best bet is to just abstain from nicotine consumption for at least two weeks. If you’re firmly secure in your current occupation, consider discussing with your establishment why they should encourage smoking employees in your firm to transition to low-risk nicotine consumption methods like vaping.