What is Stealth Vaping? How to Zero Vape? An Ultimate Guide 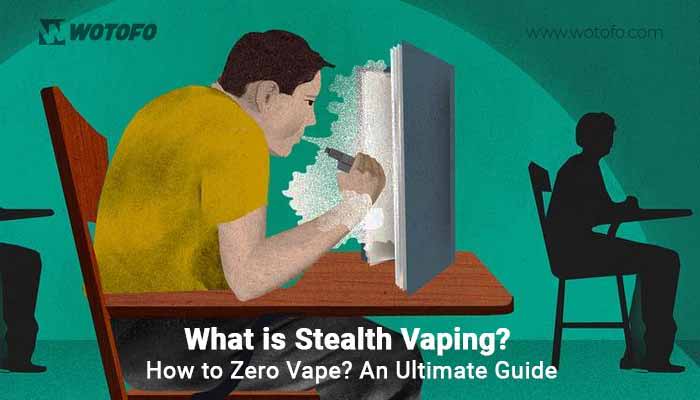 Comparing them with ordinary cigarettes, e-cigs generate more smoke and sometimes noise. What will you do if you want to enjoy your vape flavor secretly and cautiously without anyone’s knowledge? Simply by stealth vaping. Although it has been established that vaping is healthier than smoking, vaping in public places like bars, shopping centers, schools, restaurants, movie theaters, workplaces, public transportation, airports, et al. is prohibited.

Stealth vaping is an act of reducing the indication of using a vape, simply to avoid disturbance or awkward moments. It refers to vaping in a hidden manner so that you stay unnoticed. The idea is to diminish the distinguishability characterized by clouds of vapor rising anyhow. Vapers stealth vape to avoid drawing unwanted attention from onlookers. Nevertheless, several factors should be considered like the size of the e-cigarette and the smell of the vape flavor.

How To Get Big Clouds From Your Vape?

In general, you will have to use a small low-powered vape that throws small-size vapor clouds so that the cloud remains unnoticeable. Also, putting out small amounts of vapor implies that you are only exhaling the faintest aroma possible. Nonetheless, exhaling the smallest vapor puff doesn’t mean people around you aren’t going to notice. You should therefore consider stealth vaping in legalized environments. If you try it discreetly in places where vaping is prohibited you may end up facing legal actions against you. For real, this isn't worth it.

Look, even if you are tempted to vape in a place where vaping is not explicitly prohibited, recall that many people liken vaping to cigarette smoking. To some people, the vapor cloud from vapes is not different from the smoke. So anytime anywhere you come across the “No smoking” signage, put your vape away. So, what is the essence of stealth vaping? Vapers find it hard to vape in suspicious places due to stigma. Unfortunately, a large portion of the general public is uninformed and perceives vaping as exactly the same as cigarette smoking. Even though passive vaping isn’t dangerous, and vaping itself is far safer than smoking, the public has been brainwashed by cheap propaganda. Even if you’re vaping in a place where it’s explicitly accepted, you might be confronted by some people demanding you to stop. To avoid such embarrassments, stealth vaping is the best way.

Mischievous people may want to know how stealth vaping is done so that they can break the laws and enjoy their favorite vape flavors in vaping-prohibited zones, and we strongly discourage that kind of behavior. The majority of vapers just want privacy to avoid drawing much attention from onlookers. With stealth vaping, you can enjoy yourself out there in the public. That sounds cool, isn’t it?

How to Blow Smoke Rings

How to Stealth Vape 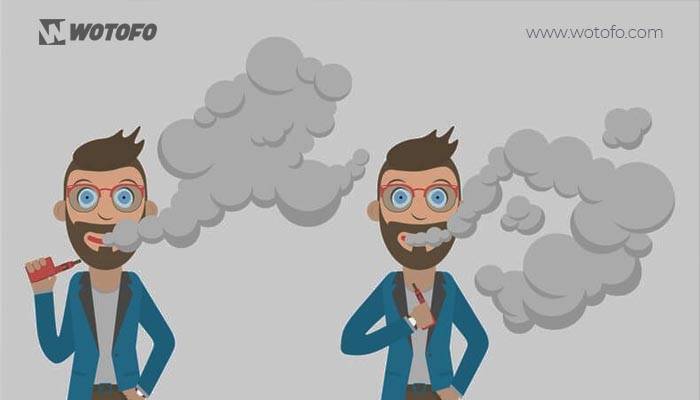 Some vapers stealth vape in style! This demands some boldness from you, and in addition several phases to achieve:

Some of the best methods you should try are:

Taking longer hits is actually one of the commonest and most effective techniques of stealth vaping. With your small vape pen and vaping from a high-PG vape flavor, place the mouthpiece and press the firing button. Pull vapor from the device and let it settle for a few seconds in the lungs before exhaling it. This technique enables the condensation of vapor while delivering the best nicotine sensation.

In a free vaping session, you will pull vapor from your vape into the lungs, and quickly blow it into the air in seconds. Try taking some deep inhale and hold it for a couple of seconds or more, exhale it back out of the nose. You will realize there will be very little to no vapor coming out of your nose. Blowing the vapor after you’ve held it for some seconds in your lungs buys some time for it to get diluted with oxygen, reducing its density hence reducing its appearance.

The technique requires you to try a second attempt to puff out into the atmosphere after you’ve lured the e-cigarette into your lungs, and hold it in your respiratory system for a long period. The essence is to weaken the vapor when exhaling, making it too faint to be noticed by onlookers. 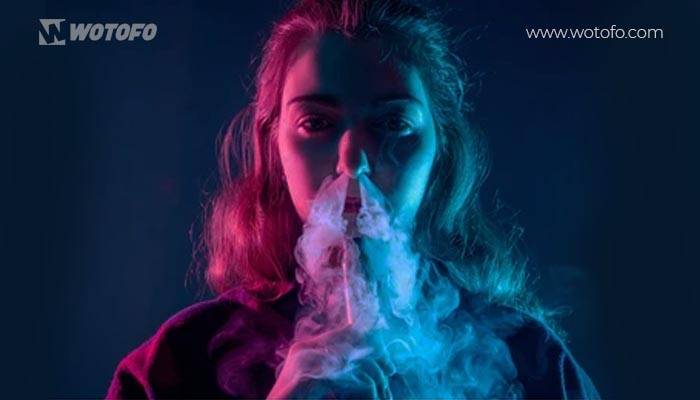 This involves deep inhaling the vapor, swallowing it, and holding it for some time. Then when exhaling the vapor into the air, do it via the nose rather than the mouth. The technique ensures that a larger portion of the vapor is absorbed by the lungs, while at the same time diluting it with oxygen.

In your workplace, stealth vaping can be so easy with the shirt trick. It’s a very easy technique to apply. All that you need to do is take a fast inhale of the vape then blowing it down your shirt. The larger part of the vapor will be engaged by the shirt material and this will be far less evident that you are blowing vapor from your mouth. This trick requires some practice to avoid unnecessary blunders. Sometimes when done in the wrong way, for instance, if you take long and hard hits, it may result in noticeable vapor clouds emerging from your clothing.

Resembles the shirt trick only that rather than blowing vapor down your clothing, you blow it straight to a towel. A paper towel is often used which is made from a material that absorbs almost the entire part of the fragrance as well as the vapor clouds from vape flavor.

It’s a stealth vaping style where a person pulls vapor from a vape, holds it, and exhales no vapor. It’s regarded as the ultimate of clandestine vaping. Zero vaping is a style that resembles turning the vape to appear like a nicotine inhaler. It was until recently when this stealth vaping style was unveiled and become popular with people zero vaping JUUL. Just like stealth vaping, it is conducted using small-size and concealable vapes. Trying zero vaping with large and powerful vapes like sub-ohm tanks can cause embarrassments such as coughing and vapor rushing out of your mouth. This isn’t stealthy at all! Vapers who have mastered zero vaping can actually vape while sitting next to you without you having a hit of what’s happening.

Whereas the whole idea of zero vaping is to exhale nothing after you’ve drawn vapor into your mouth, including stealth vaping techniques make it more discreet. An ultraportable lightweight vape is fully concealed in the hand. With the sounds muted, lights covered, handheld naturally to the mouth – like you’re listening to yourself, the style becomes, and drawing secretive hits, the opportunity just presents itself.

Still, the rules of the game are upheld when it comes to zero vaping, you don’t have to try it in places where vaping is prohibited. Although there is no vapor evidence, the sound created by the activation of the coil can potentially insinuate something is going on, and draw attention from onlookers, and a vapor wisp might be noticed if at least a single hole is left uncovered. Since the general public understands the rules of the game – even if they largely buy them from cheap propaganda, you might face the wrath of the law.

How to Zero Vape 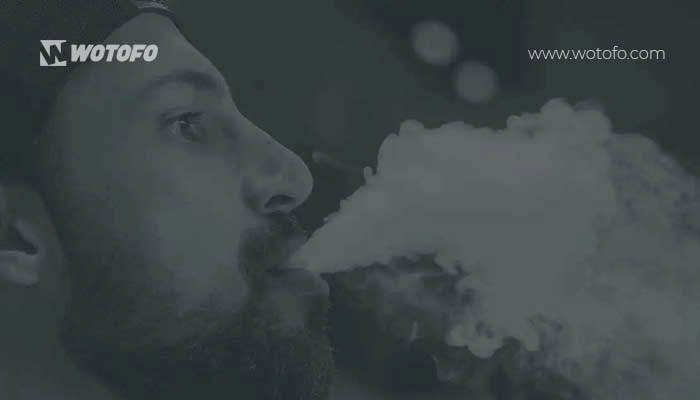 The whole idea is to remain secretive in your entire vaping session, so it requires some practice to perfect. You need to understand very well how to hold your breath. This changes the way you vape and inhale and it may take some time to master it. Two simple ways/methods/techniques of zero vaping have been devised.

In both techniques, the vaper is required to take a hit for a few seconds. For beginners, it’s recommended that they take shorter puffs. Both techniques embrace the MTL style of vaporing where the vapor is held in the mouth before being pushed to the lungs. The two zero vaping techniques are:

If you realize that some vapor comes out of your mouth, a shorter hit, holding your breath for a longer duration, or exercising deep breaths could solve that. You might suffer from a head rush if you’re doing it for the first time. Also, avoid using high-nicotine vape flavors and devices that put out huge amounts of vapor.

Now that you’ve known how stealth vaping actually is, and how it’s done, it’s worth discussing an issue that often occurs during stealth vaping: when exactly is safe to stealth vape? If a company restricts you from vaping within their premises, but you can still stealth vape and go unnoticed, should you? Again, what if you’re in a place where vaping is technically allowed but you hate drawing attention to yourself? Truly, there are no straight answers to these kinds of questions. It entirely depends on you as a person and the way you carry yourself. That said, there’re a number of times/situations when stealth vaping isn’t worth the repercussions that may befall you.

For instance, in the airport where vaping is prohibited, getting caught vaping may land you in a court of law or be sentenced to a jail term. In a workplace, stealth vaping can cost you your job, either suspended or sacked depending on the company’s work ethics.

In many situations, however, there’s no problem with stealth vaping. For instance, if you are in a club that doesn’t completely prohibit vaping, then you can go ahead and stealth vape without worries. If you are in your place of work and you are not likely to face severe problems if you are caught, it might be worth a stealth vape to satisfy your craving. But ethics don’t allow it: just don’t do it where it’s prohibited and do it where it’s explicitly allowed. If it’s written “don’t vape indoors,” just head out and vape outside. Second, just like passive smoking could be dangerous to the people around you, we can’t say passive smoke from vapes is certainly safe to onlookers; it creates some level of nuisance, so just don’t do it in prohibited places.