Debunking the Common Myths About Vaping 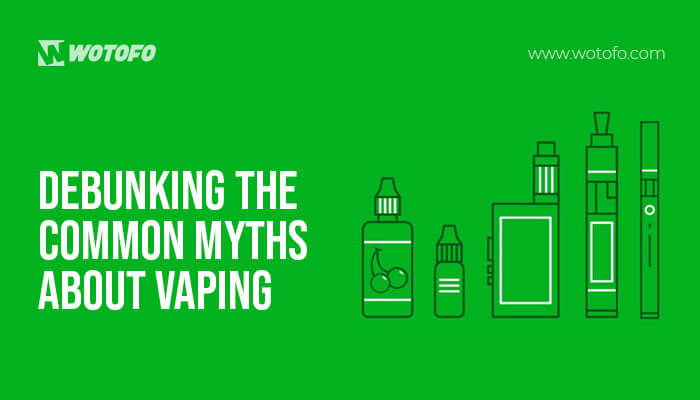 The Chinese pharmacist, Hon Lik is the person behind the invention of the e-cigarette in 2003. By then, Lik was searching for a cleaner and safer method of enjoying his nicotine. In the following year, the device was launched in the Chinese market and 2006 and 2007 in Europe and America respectively.

Today, approximately 35 million people across the globe use these devices to inhale nicotine, which has multiple names, including vapes, vape mods, e-cigs, and e-hookahs among others. Along with its increasing popularity, e-cigs have attracted immense debate over whether they are safer than ordinary cigarettes.

Initially, e-cigs were marketed as alternative tools for people wanting to stop smoking. Nevertheless, several health organizations including the WHO have raised safety and health concerns and issued warning against using these devices.

Some countries like Vietnam, Brazil, Lebanon, et al. have prohibited the use of e-cigarettes whereas others such as the UK champion them as paramount resources in their anti-tobacco crusades.

Whether you overheard them at school, in your village, or on the internet, there are countless “alternative facts” linked to vaping, but you should know the accurate ones.

Notwithstanding, health authorities have associated vaping with lung injuries and even deaths that are thought to result from compounds such as tetrahydrocannabinol (THC) in marijuana. Besides, nicotine-based vapes are dominating the marketing and this has skyrocketed their application especially by teens and young adults, causing addiction and placing them at the risk of contracting health problems.

In response to this, some communities and states are forced to initiate bans on flavored vaping products. Regardless of what the research proves to us about the harmful effects of vaping, the number of vapers across the globe is growing. ie, there are both pros and cons of vaping. This could be explained by the persistence of myths and misconceptions about the whole idea of vaping that is blurring the boundaries between facts and fiction.

Consequently, we are debunking the commonly known vaping myths to exhibit a better illumination of the underlying health risks associated with vaping. The ongoing debate is generating a great deal of misinformation.

As responsible vaping advocates, it’s our responsibility to take you through some of the most common misconceptions that have plagued the vaping industry with scaremongering tales.

Below are some of the commonest myths regarding vaping. 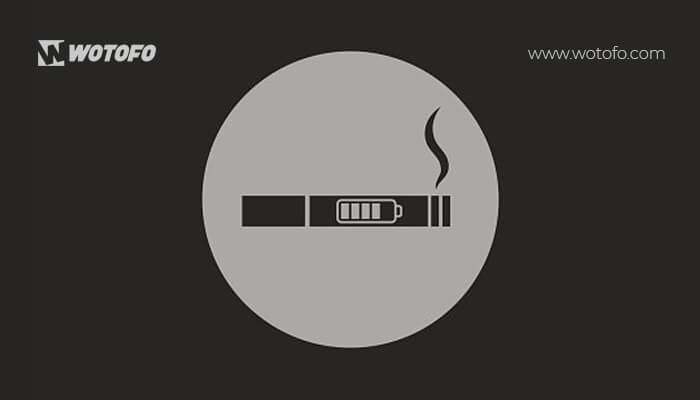 Despite the sometimes bewildered, and bewildering media revealing about the safety of vaping, there’s developing consensus about this evidence.

Comparing e-cigarettes with smoking, the former is less harmful. Without any doubt, this is the commonest myth about electronic-cigarettes. While it’s a bit hard to compare the two, research shows vaping causes health problems such as lung failure and cancer.

The claim that the ingredients in e-liquids are less detrimental compared to those in ordinary cigarettes is erroneous. Vape aerosols may appear to have fewer toxic compounds compared to regular cigarettes but they contain dangerous additives that can result in acute lung diseases. 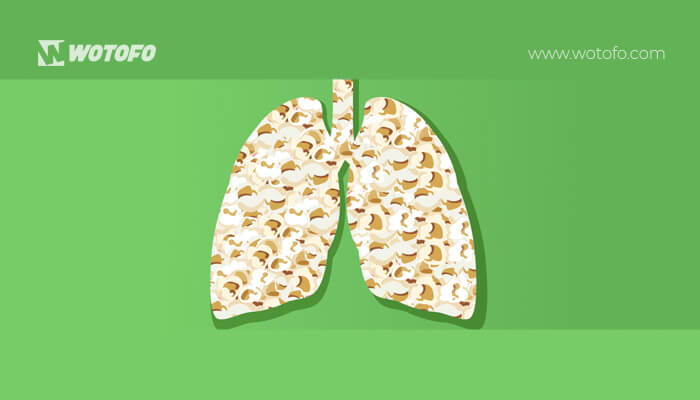 Let’s rubbish this old chestnut once and for all.

Firstly, bronchiolitis obliterans is a condition commonly referred to as popcorn lung. The name “popcorn lung” was coined from the fact that the condition was initially observed among people working in a popcorn factory. There is no single evidence showing that e-cigarettes result in this condition.

The misconception came about due to some flavorings used to make vape juice contain a compound referred to as diacetyl, which at very high concentrations has been linked to causing lung infection bronchiolitis obliterans.

Besides, some e-juice flavorings are reported to have included diacetyl in concentrations thousands of times lower than it is in ordinary cigarettes. Even at these concentrations, cigarettes don’t pose any major risk for popcorn lung.

Also, some authorities like the UK government have entirely banned the use of diacetyl in e-juices. 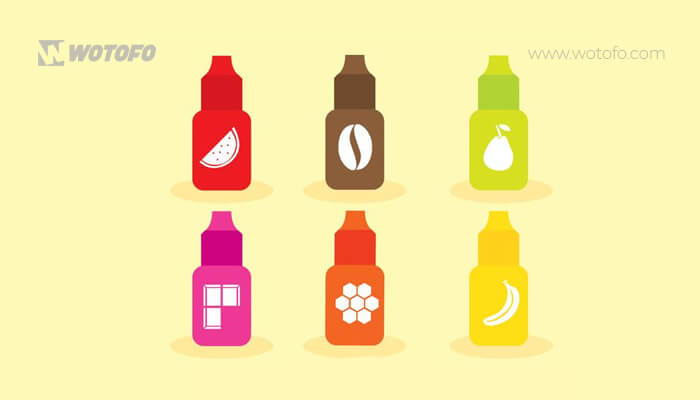 A good number of smokers and ex-smokers have the feeling that nicotine is the cause of most tobacco-smoking-associated health problems when research shows nicotine has minimal risk to the health of a person.

The myth should be cleared up – nicotine isn’t a verified carcinogen, fact! True, nicotine is a very addictive reagent and is the root cause of addiction to cigarettes but it’s the other chemicals in the cigarette that cause harm to the body.

This implies that nicotine is not as harmful as some people may think. Truth be told e-juices do not produce tar or carbon II oxide, the most harmful products in tobacco smoking. Also, the nicotine level in the vape juice can be controlled according to the taste of the vaper.

Vaping Is The Way To Quit Smoking

When vapes and e-cigarettes were initially introduced to the market, crusaders demonized smoking and regarded vaping as the right tool to quit smoking which is considered to be harmful to the body. But due to the health risks mentioned above, I don’t in any way support use of vaping as a tool to beat smoking.

True, is proof some people have been able to successfully stop smoking by using vapes but there is some evidence that the level of nicotine concentration increases when a smoker switches to e-cigarettes.

Vaping is barely two decades old meaning that it’s a new practice and its long-term effects are yet to be substantiated; it’s “wrong” to recommend it as the right substitution to smoking.

For proven ways of quitting smoking, it is advisable to consult a health care provider to recommend the right options and adopt the one that works best.

Vaping Products Are Not Controlled

All vaping products must be approved by the relevant authorities before introducing them to consumers. A licensing agency such as the Tobacco Products Directive is tasked with the regulation of vaping devices and e-juices.

Some of the areas of concern include the nicotine levels, bottle sizes, and the communication of the product to users. In other cases, the health service executive is involved in ascertaining the credibility/safety of the ingredients to offer detailed information about the risk assessments.

All these regulations serve as a critical impediment to products that deviate from the set standards (counterfeit products) from entering the market. In some regions, some ingredients used in other parts of the world are restricted.

For instance, under the European Union (EU) legislation, the use of vitamin E acetate, which is a thickening reagent used in hand with cannabis e-juices is abolished in Ireland.

Absolutely not, there’s no single evidence this statement is valid. Relevant authorities and advertising agencies ensure that the products are only meant for the adults. Advertising on Television and social sites is also regulated.

Even some websites containing vaping information require visitors to specify their age before opening the content in them. These restrictions are meant to protect the young generation and build a society that understands that vaping is strictly for adults.

Another misconception is that it encourages young people to indulge in smoking. This claim is baseless as there is no evidence so far supporting that vapes play a “helping hand” for youths to engage in smoking. Also, the claim that vaping is kind of “normalizing smoking” is baseless.

On the contrary, reputable health organizations across the globe are backing vaping as a less harmful practice than smoking.

Precisely, in the United Kingdom, health bodies such as ASH UK, Cancer Research UK, and Public Health England have been recommending vaping to substitute smoking. New Zealand has “Vaping Facts”, which is a dedicated site created by the government to teach people who might be willing to stop smoking.

Governments are having ambitious plans of embracing vaping as a less dangerous substitution to smoking and provide smokers with clear and factual information about smoking. All these pieces of evidence clear the existing doubts about governments frustrating vaping. Here’s a global guide on vaping laws.

Passive Vaping Is Harmful To Bystanders

Exposure to passive smoking is harmful to your health. That is why governments all over the world have laws illegalizing smoking in enclosed public places like stadiums, airports, and even workplaces. But these laws don’t include vaping and institutions are given the freedom to establish their laws regarding the application of vapes on their premises.

An e-juice is typically a liquid that contains nicotine, VG (Vegetable Glycerin) or PG (Propylene Glycol), and flavoring. The PG-VG ratio in e-liquids will be different. Unlike ordinary cigarettes, e-cigarettes do not emit side-streams into the atmosphere, the vaper inhales into the lung and just aerosol exhaled from the lungs. Up to date, there’s no single evidence found that shows passive vaping poses potential health risks to bystanders.

Asthmatic people and people with underlying respiratory conditions might be sensitive to some irritants, vapor included and it’s advisable to consider this when instituting amendments were necessary when laying down policies on the application of vapes.

The Aerosol Generated by Vapes is Harmless

This misconception has been debunked by several studies identifying substances associated with e-cigs such as ultrafine particles and even heavy metals such as tin and nickel.

Research shows that when heated, vapes generate several harmful chemicals such as acetaldehyde, formaldehyde, and acrolein capable of causing lung and cardiovascular infections.

How to Vape Properly? Tips for Beginners

It Is Easier To Quit Vaping Than Smoking

Vapers who attempt quitting may end up experiencing withdrawal symptoms just like smokers will do. Some employers, particularly those employing a young workforce, are supportive to their workers who are willing to quit vaping: they provide free and even confidential tobacco cessation training.

Start Vaping With These Cool Devices

Sold out
Sold out

Vaping Is Not Expensive

Suppose you are opting to use disposable vapes, they will end up costing per each cartridge. A single unit may cost between $8 and $12 plus some dollars for the battery and your e-liquid. So, in a year you may end up spending approximately $1,400. That’s enough money to spend on your Disneyland trip and save some for your meals.

Now let’s compare disposable vapes with rechargeable ones. With as little as $25 you can get the basic one for a start, while the sophisticated ones will require you to part with around $145. Remember this doesn’t include the e-liquid of your preference.

To refill the cartridge you will spend around $3 to $7 depending on the type of e-juice that hits your throat best. An average vaper will refill their tanks approximately 200 times annually and that works out too close to $600 to $1400 annually.

Eventually, your wallet is drained. This implies that if you’re a non-smoker and you think it’s your time to start vaping, then forget about saving any penny.

The e-Juice Flavors Are Meant To Attract Kids

How can this be true when we already know that vaping is meant for the adults? Maybe it’s because some flavorings are made from bubblegums and cupcakes flavors and kids are lovers of them! But don’t forget adults also love their stuff sweet!

Studies show that some ex-smokers prefer sweet, fruity, or even dessert-flavored e-juices as they assist them to distance themselves from tobacco.

More interestingly, in 2017, fruity e-juice flavors outsold flavors sourced from both tobacco and menthol in the United Kingdom vaping industry. Studies show that less than 3 percent of vapers lie between 11 and 16 years of age. From this observation, it’s clear that adults are somewhat “tired” of tobacco flavored vape juices.

The bottom line is that there is no single evidence that vaping is safe. While it may appear safer when comparing it with cigarette smoking that still doesn’t mean it’s safe.

Nonsmokers should not think of indulging in vaping. Also, smokers wanting to switch to an alternative method of ingesting nicotine should consider trying nicotine replacement medications and tobacco cessation coaches rather than switching to vaping.